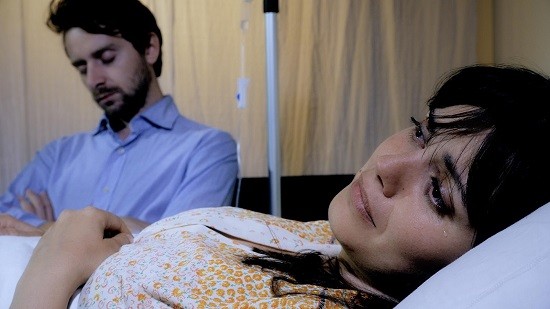 An unsuccessful suicide is a gift to all who know and love the individual who failed in their attempt.  After stabilizing they will have an opportunity to get the help and support needed to manage the depression that brought them to the point of wanting to take their own life.  Major depressive disorder is present in the majority of people who attempt or succeed at suicide.

About 16 million individuals struggle with depression each year in the U.S.  Of the 16 million, only about one third will ever seek treatment for the depression symptoms, according to Mental Health America.  Many avoid seeking help because they believe they will get better on their own. Still others worry about the perceived stigma attached to mental health conditions and simply refuse to see a therapist or doctor about their struggles.

With suicide rates continuing to climb—now averaging 123 per day according to the American Foundation for Suicide Prevention—there is an urgent need to address the high prevalence of depression within our society and find new ways to treat major depression.  What happens after a suicide attempt can lay the foundation for the psychological support so desperately needed, and hopefully prevent a future attempt.

Depression is mysterious.  Its symptoms can seemingly appear out of nowhere, stealing your energy, concentration, ability to sleep, motivation, and even your will to live in the most severe cases.  Some of the factors involved in developing depression might include:

Because the causes and risk factors are so varied and complex, treating depression remains a guessing game in many respects.  Doctors generally begin by prescribing an antidepressant they hope will be effective. It is merely an educated guess as to which of about 20 brands of antidepressants might be effective in a given patient.  If the first medication is ineffective, the doctor will have the patient trial another, and so on in a kind of process of elimination.

Suicidality as a Diagnostic Criterion for Major Depressive Disorder

The DSM outlines nine symptoms related to depression, and to diagnose depressive disorder at least five symptoms must be consistently exhibited for over two week.  These criteria include:

What Happens After a Suicide Attempt

In extreme cases of depression someone while in deep despair may attempt or commit suicide.  Each person’s case is specific to his or her own unique symptoms and causal factors, but once a suicide attempt has been made certain steps will follow.  The first step is to procure emergency medical assistance that will transport the individual to the hospital for assessment and evaluation in addition to get medical treatment for any injuries sustained in the attempt.  While at the hospital there will be a 24/7 sitter assigned to the patient’s room, as they will be considered a suicide risk.

A psychiatrist will be referred to the patient, and possibly a social worker as well.  The goal is to stabilize the patient and prepare them for psychotherapy. Antidepressants are the first line of treatment in most cases for those who have attempted suicide.  Depending on the state in which the suicide attempt was made, the patient might be transported directed to a mental hospital for evaluation after the injuries have been treated and the patient is stabilized.  The psychiatric evaluation will provide enough information for a determination to be made if it is safe to discharge the individual or to keep them for further treatment.

What happens after a suicide will usually involve targeted depression treatment for the individual.  Usually this will entail a combination of antidepressants and psychotherapy. In roughly half of depressed patients who receive this traditional treatment regimen their will not be a successful result.  The psychiatrist may trial several different antidepressants before determining that the patient is treatment resistant.

TMS therapy is a brain stimulation technique that is noninvasive, meaning it does not require surgery or general anesthesia.  TMS therapy was FDA cleared in 2008 to treat individuals with treatment resistant depression and has since helped thousands of people reclaim their joy in life.  TMS works by directing magnetic pulses through the scalp to target the mood center of the brain, helping to jump-start the neurotransmitters that are underactive.

TMS is safe and effective as an alternative therapy for treating depression.  Treatments last 4-6 weeks and do not require any down time or hospital stay. Over the term of the treatment, individuals begin to experience improvements in sleep quality, focus and concentration, energy levels, and mood.  Combining TMS with psychotherapy and possibly antidepressants can offer the individual renewed hope and improved quality of life.

Anew Era TMS is a leader in the field of TMS therapy for treating treatment-resistant depression.  What happens after a suicide attempt can be crucial in alleviating depression symptoms and preventing future suicide attempts.  TMS therapy offers an alternative solution for individuals who were not helped with antidepressants, giving them renewed hope of a life worth living.  For more information about TMS therapy, please contact Anew Era TMS today at (888) 503-1549.

How Long Do The Effects of TMS Treatment Last