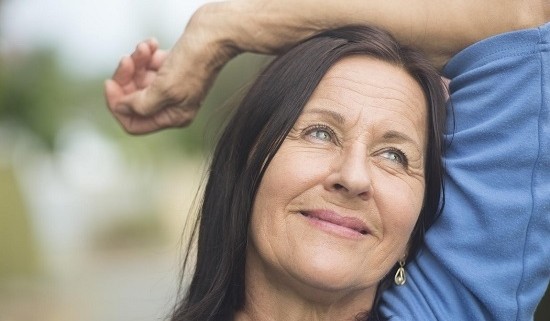 Depression. That one little word is responsible for so much suffering, so much despair. Unlike a common health condition where you just go to the doctor and receive medicine that will cure it, depression often defies treatment efforts. Depression continues to be a mysterious, complex mental health disorder that challenges the psychiatric community at large to discovery satisfactory answers.

While the conventional practice of prescribing antidepressant drug therapy has been effective for the majority of patients with depression, a significant number remain treatment resistant. This means that even after trialing several different antidepressants over a period of many months, the individual continues to experience the very discouraging symptoms of depression.

Since 2008, when the FDA cleared transcranial magnetic stimulation (TMS) for the treatment of individuals with refractory depression, an alternative route to remission has been carved out. TMS therapy offers a noninvasive, safe, and effective option for treatment-resistant depression that can be used either as a standalone treatment or can be combined with an antidepressant. Using TMS and pharmacology, the genetic testing that helps identify which antidepressant will be most effective in an individual, new inroads have been made in the battle against treatment-resistant depression.

Although major depressive disorder (MDD) affects about 17 million U.S. adults per year, about a third of them never get the treatment they need. A stubborn stigma still surrounds mental health conditions, such as depression, acting as a barrier to getting needed help. Other barriers to care include lack of insurance coverage or other financial barriers, uncertainty about where to obtain mental health services, and inadequate screening by primary care physicians. Some people may not know where to even begin to get help and instead continue to suffer in silence. This only leads to a more entrenched mental health challenge, as well as increasing negative consequences in all areas of life resulting from the depression.

The DSM-5 criteria for diagnosing depression involves five or more of the following symptoms having been present most of the time for more than two weeks:

The cause of MDD is still widely unknown, although science has identified several potential factors in developing clinical depression. These include genetics, temperament or personality traits, environmental factors, a co-occurring substance use disorder, medical conditions, and brain chemistry/biology.

Treatment for depression can yield varying results. This uneven response rate is one of the most studied questions within the field of psychiatry, why one individual might respond to first-line depression treatment protocol while another does not. Fortunately, with the advent of TMS as a legitimate treatment tool for individuals with the treatment-resistant form of depression there is another way to approach this complicated mental health disorder.

TMS therapy is a brain stimulation technique that accesses the power of magnets through a technology closely associated with the MRI. Using a coil placed over the patient’s scalp, TMS administers the magnetic pulses, delivering this energy to the targeted brain region. There the magnetic energy induces electrical currents that work to stimulate the inactive or underactive neurons in the limbic region and central nervous system.

Over the period of 4-6 weeks, with the 40-minute treatment sessions scheduled 5 days per week the brain chemistry becomes rebalanced. This helps to normalize the symptoms that have plagued the patient, improving energy and focus, general mood, and sleep quality. TMS does not involve surgery, hospitalization, general anesthesia, or recovery time. The individual is free to drive immediately following the treatment session and can return to normal activities.

When someone seeks out help for their depression through their primary care physician, they will probably be assigned an antidepressant as the first step of treating the mood disorder. However, as happens in about half the patients, the medication may not perform. This leads the doctor to either prescribe a second antidepressant, or to refer the patient to a psychiatrist who has more extensive knowledge of the many antidepressants on the market and their particular nuances.

In recent years, the process of determining which antidepressant is the best fit for a given patient has been assisted through pharmacology using genetic testing. Pharmacology is simply the study of the process through which medication effects the body and its systems. The testing may reveal certain biological features that can help the psychiatrist narrow down the scope of which drug to prescribe.

When deciding to consider alternative methods of depression treatment, TMS therapy offers an excellent option. Some patients may have had a modicum of improvement on an antidepressant, and are looking to augment the clinical outcome by adding TMS therapy. Others may have not experienced any success with antidepressants and are seeking a drug-free alternative treatment for the depression.

If the individual, along with the psychiatrist, decides to continue on with antidepressant therapy and then combine it with TMS, it is helpful to use both TMS and pharmacology together to arrive at the best possible outcome. TMS can help activate the properties of the antidepressant, and in some cases augment its effects to the point where dosing can be reduced.

Anew Era TMS provides expert TMS and psychiatric services in Southern California and Texas. As  part of a comprehensive program, TMS therapy can offer an additional tool in the treatment of stubborn treatment-resistant depression. Allow our dedicated doctors and staff to assist you in reclaiming your quality of life. Call Anew Era TMS today at (888) 503-1549.

Side Effects of Antidepressants and Alternative Treatment Options