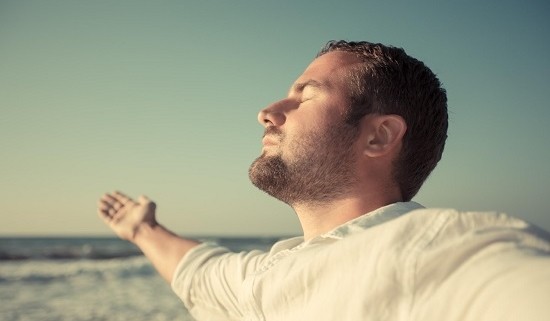 As mounting evidence reveals the fact that antidepressants are not the one-stop fix for depression as was formerly thought, new hybrids of integrated treatment approaches are emerging. Science has shown that only 50%-70% of patients are responsive to antidepressant drug therapy, prompting mental health practitioners to consider innovative alternative options.

Forging a new path to treating this complex mental health disorder requires thinking outside the box. To date, science still has not definitively explained what causes depression, or why some patients may respond to antidepressants while others do not. This is still the great unknown in psychiatry. But working with what is known about depression is leading to a more holistic approach to treatment resistant depression.

It isn’t that antidepressants are ineffective, but rather that it is very difficult to know which drug will work on which patient. Imposing one drug trial after another can test anyone’s patience, and still may result in little symptom relief. The goal when treating patients for depression becomes centered on how to identify the most effective antidepressant that has the least adverse effects.

Genetic testing, used to narrow down the antidepressants options to those that will work best for a patient, is a very helpful tool for doctors when attempting to prescribe the most effective medication. With about 30 different antidepressants on the market, the use of pharmacology to help home in on the drug that is most likely to work can save time, money, and limit frustration.

But what if the patient simply does not respond to antidepressants in general? In this event, after using pharmacology to narrow down the antidepressant options to identify one that may be at least somewhat effective, adding transcranial magnetic stimulation (TMS) therapy can augment the effects of the medication. Psychotherapy using evidence-based approaches is another frontline treatment for depression and should be included in the treatment plan. Using nutrition and other holistic methods can further complement the depression treatment and optimize clinical results, rounding out the treatment strategy that will be most helpful to the patient with treatment resistant depression.

Although the theory behind antidepressants makes sense, to rebalance the levels of the neurotransmitters, in reality the drugs are ineffective, or minimally effective, for many people who suffer from major depressive disorder. Until the introduction of pharmacology, doctors would rely on trial and error methods to hopefully target the right medication for their patient. In the process, patients may end up trialing several of the drugs with no successful result, only becoming increasingly depressed with each trial failure.

Antidepressants often leave patients riddled with unpleasant side effects, whether or not the depression symptoms subside. Many who trial these drugs will discontinue the medication due to such side effects as:

Patients who either do not respond to the antidepressants or who discontinue taking them due to the adverse effects, are considered to be treatment resistant. These patients may explore alternative therapies to help treat their depression, such as TMS therapy and holistic methods.

Pharmacology uses gene testing to help identify the most efficacious drug therapies for the specific individual. In general, pharmacology is the study of chemical reactions caused by pharmaceuticals on the body. By understanding a patient’s reaction to a particular drug, or lack thereof, a doctor can be more targeted in prescribing the best treatment options for their particular diagnosis. Additionally, some antidepressants have biomarker-based properties, further assisting the quest to determine which drug is best for the patient. Using pharmacology can help improve patient care and clinical outcomes.

TMS is a neuromodulation technique that modifies neurotransmitters in the limbic region of the brain. TMS therapy is noninvasive, meaning it does not involve any type of surgery or surgical process, therefore also does not involve sedation or hospitalization. TMS was FDA cleared in 2008 for treating major depressive disorder that did not respond to traditional antidepressant therapy.

TMS works by generating magnetic pulses that penetrate brain tissue and induce electrical currents that can correct imbalances in neuron activity. Stimulating the underactive neurons in the left prefrontal cortex can lead to improvement in depression symptoms.

After a period of 4-6 weeks of receiving the TMS treatments, brain chemistry normalizes and the patient enjoys more energy, clearer thinking, better sleep quality, and improved mood. Patients find the therapy to be free of any serious side effects, therefore highly tolerable. This allows the individual to continue on with treatment until completion of the treatment regimen. TMS therapy has been proven to be both safe and effective in a multitude of clinical studies world-wide and is being tested for treating several other mental health and medical conditions as well.

Some patients have experienced a degree of relief from depression symptoms through antidepressant therapy, however they may have seen the results plateau. Depending on the type of antidepressant, these individuals may be candidates for augmenting their treatment plan with TMS therapy. TMS therapy can be an excellent complimentary therapy that can jumpstart the antidepressant and improve the overall outcome achieved.

When the psychiatrist determines that augmentative TMS is a safe treatment option, the individual will be closely monitored and evaluated to prevent any adverse reactions. Certain drugs, such as tricyclic antidepressants, would not be considered for this combined therapy, as seizures could result. TMS therapy may be administered as either a stand-alone treatment, or in conjunction with psychotherapy.

In patients where there is minimal therapeutic effect from the antidepressant drug therapy, adding TMS therapy to the treatment regimen can actually boost the effects of the drug. A study published in Biological Psychiatry reported the results of 46 study participants who were treated for major depressive disorder using an antidepressant and augmentative TMS therapy. The results of this study showed the TMS helped to speed up the onset of the drug’s action, as well as the response to the medication through the neural stimulation.

In another study, TMS therapy was also shown to not only speed up the effect of the antidepressant, but also allowed for a lower dose of the drug than would otherwise have been prescribed. And yet another study explains that while antidepressant therapy can be augmented with TMS, certain drugs should be avoided. The tricyclic antidepressants should not be used along with TMS therapy, as these could lower the seizure threshold during therapy.

Depression can be triggered by a negative life event or an unresolved past trauma. Psychotherapy helps individuals explore their feelings and process these sources of emotional pain, while also identifying negative thought/behavior patterns that can also contribute to depression. For treating depression specifically, some of the most effective evidence-based psychotherapies include:

The Importance of Nutrition in Depression Recovery

Going hand-in-hand with the holistic treatment approach to treatment resistant depression is a focus on nutrition. A diet that contributes to optimum mental health will include plant-based foods such as fresh vegetables and fruits, seeds, nuts, legumes, and whole grains. Lean proteins, such as fish, lean beef, and turkey, omega-3 fish oil, eggs, and fermented foods are also beneficial to brain health.

An array of clinical studies conducted worldwide has supported the relationship between diet and nutrition with psychological wellness. One such study, authored by Professor Felice Jacka from Austrailia, called the SMILES trial, followed participants over a 12-week period. This single-blind, randomized controlled trial concluded that a healthy diet indeed provides a legitimate therapeutic benefit for those who struggle with depression.

In like manner, studies are increasingly demonstrating how nutritional deficiencies and poor dietary habits actually contribute to depression. Foods that make an individual feel weighed down and lethargic should be avoided. Processed snacks and fast food, sugary beverages, and sugar intake in general should all be strictly limited.

When embracing a holistic approach to treatment resistant depression, the hope is that by improving overall wellness through lifestyle tweaks, including nutrition, fitness, and regulating stress, the effects of the TMS and antidepressant therapies will be enhanced.

Anew Era TMS is a leader in the field of depression treatment using adjunctive TMS therapy. With offices in Southern California and Texas, the doctors and technicians provide unmatched TMS expertise, as well as a full spectrum of traditional treatment methods including antidepressant drug therapy. Our offices are modern, welcoming, and comfortable, and our staff is knowledgeable and welcoming. To learn more about the holistic approach to treatment resistant depression, contact Anew Era TMS today at

TMS Treatment for OCD and Anxiety