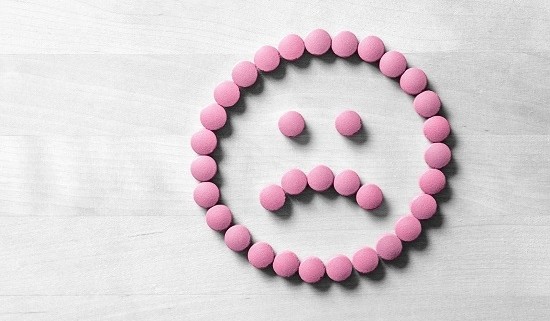 When you seek out a doctor to get help for depression you hold out high hopes for that prescription they place in your hand. Antidepressants have been the core treatment solution for clinical depression for decades now. You hurry to the pharmacy and begin the trial, certain that these little pills will hold the key to a return to normalcy. You just want to feel like yourself again.

Imagine the disappointment when you begin to realize that, not only do you not feel any happier, but that the medication itself is making you feel awful. Compounding the depression with the unpleasant side effects of antidepressants was not the response you were expecting. The side effects can be so bad that many patients simply abandon their treatment regimen altogether.

Whether antidepressants were simply ineffective, providing no real relief from the depression symptoms, or the side effects of antidepressants proved to be intolerable, it is time to research some alternative treatment options for depression.

Antidepressants Not Always the Best Option

As depression rates have skyrocketed in recent years so has the prescribing of antidepressant medications.  The American Psychological Association reports that an estimated 12.7% of all Americans over age 12 are currently taking one of the many antidepressant drugs on the market. Women are twice as likely to be prescribed antidepressants than men, and overall there was a 64% increase in the number of people on antidepressants from 1999-2014. Approximately 338 million prescriptions for antidepressants were written in 2013 in the U.S., a rate more than double that of the year 1999.

With these astounding numbers of people taking the various antidepressant drugs, one might conclude that these drugs are effective in treating depression. However, multiple studies challenge that assumption, finding little difference between the effects of a placebo and antidepressants in patient response rates.

While true that antidepressants do help many people who suffer from depression, the results of the Sequenced Treatment Alternatives to Relieve Depression (STAR*D) study, revealed that up to 30% of patients are termed treatment resistant because the antidepressants did not help them.

In addition, it has been shown that antidepressants can cause suicidal tendencies in young adults aged 18-24.

TMS was FDA cleared in 2008 for patients with treatment-resistant major depressive disorder. TMS provided a welcome treatment option for individuals who were unresponsive to antidepressants, or who could not tolerate the adverse effects so common with these medications. TMS offers a noninvasive, drug-free alternative to antidepressants, and does not require any surgical procedures or general anesthesia. There is no post-treatment recovery period needed, so the patient is free to drive home or back to work following the session.

TMS therapy is provided within an office setting, where the patient will remain alert during the 40-minute TMS treatment sessions. They will experience a repetitive tapping sensation on the left side of the scalp as the magnetic pulses are administered.

TMS uses powerful magnetic fields that are harnessed and delivered through a coil placed over the individual’s scalp. The rhythmic and repetitive pulses direct the magnetic energy through the scalp. As the energy penetrates the brain tissue, the induction of electric currents acts as a stimulus to the dormant brain cells in the left dorso-lateral prefrontal cortex (DLPFC). Underactive neurons in the limbic system are a common condition among individuals with depression.

Over the course of a 4-6 week treatment regimen, the focused TMS therapy can incrementally modulate the brain network in the DLPFC region, resulting in a positive clinical response. Patients will begin to notice changes after about two weeks of treatment.

While TMS is well tolerated, there are some reported side effects. These transitory effects tend to dissipate over time as treatment continues. TMS side effects include:

A large body of clinical research on the safety and efficacy of TMS was recently reviewed, with the findings of the meta-study published in the Journal of Clinical Psychiatry. The studies compiled spanned the years 1990-2016 and considered 118 published studies before reaching a consensus that supports the use of TMS therapy for treatment-resistant depression.

Other Types of Neuro-Modulation Treatments

While TMS therapy is the only brain stimulation, or neuro-modulation, technology that does not involve surgery, anesthesia, and recovery time, there are other methods available for patients with treatment-resistant depression. These include:

ECT is also a brain stimulation treatment that involves using electrical currents that induce a seizure. ECT is conducted in a hospital setting under general anesthesia and is usually reserved for severe or life-threatening cases of depression. ECT continues to carry a stigma based on the perception that it is a barbaric form of treatment. In decades past it was so intense that individuals suffered broken bones while undergoing the treatments. Today, the patient is first given a muscle relaxant to minimize these risks.

In most cases, the 5-10 minute ECT treatments are given two or three times per week for about four weeks. The seizures, which last about one minute, can stimulate brain cells, changing the brain chemistry and reducing the symptoms of severe depression. Because a general anesthetic is required, there are risks involved in ECT. Patients must remain in recovery at the hospital for a specified period, and are advised not to drive for at least 24 hours. Side effects can include memory loss, confusion, muscle ache, headache, nausea, or jaw pain.

DBS involves placing electrodes into the brain that are connected to a pacemaker device implanted in the chest. The pacemaker, or neurostimulator, sends electrical pulses through the electrodes to stimulate specific areas in the reward system of the brain. A recent study published in Neuropsychopharmacology reported that DBS treatment resulted in a significant reduction in depression symptoms in a majority of participants.

VNS involves stimulating the vagus nerve located in the neck. A small pacemaker-like device is implanted in the patient’s chest, with wires that run under the skin to the vagus nerve in the neck. When the device is activated, regular electrical pulses are delivered for about 30 minutes daily directly to the nerve. The impulses then impact how the nerve cell circuits send signals to the limbic region of the brain.

The symptoms of depression may begin to improve after about 9 months of using the device. Because VNS requires surgery under general anesthesia to implant the device, the risks associated with sedation are present. Side effects of VNS may include shortness of breath, cough, and temporary hoarseness.

There are many alternative treatments options that can help reduce the symptoms of depression without antidepressants. Some of these might include:

Anew Era TMS is at the forefront of this exciting new alternative treatment option for major depressive disorder. As a leader in the TMS industry, Anew Era TMS provides the highest degree of specialized training in the use of TMS therapy for patients with treatment-resistant depression. These individuals have likely suffered the side effects of antidepressants and wish to try an alternative drug-free treatment. To learn more about this safe and effective treatment, please contact the team at Anew Era TMS today at (888) 503-1549.

How Much Does the VA Pay for Depression Treatment?