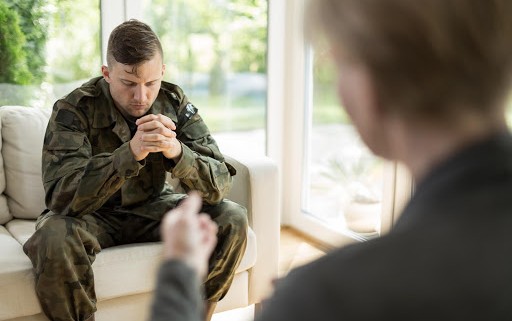 Many who sacrifice everything in order to serve in our military find themselves struggling later with mental health issues. While PTSD is the most widely known mental health disorder associated with members of the armed forces, depression is also experienced by many of our veterans.

Unchecked depression can lead to worsening symptoms, deteriorating health, substance abuse, and a heightened risk for suicide, so seeking professional help for a depressive disorder is important. That said, the costs of obtaining mental health treatment are a valid concern for vets, and could even become a barrier to getting the help they need. So, how much does the VA pay for depression treatment?

Living with depression is like walking through each day in a thick gray fog. Symptoms general include persistent sadness, fatigue, changes in sleep patterns, difficulty concentrating, weight changes, loss of interest in life, and suicidal thoughts. When these symptoms are present most of the time for at least two weeks, it is called major depressive disorder (MDD).

Veterans experience different types of issues that can trigger depression, however. For example, many vets experience difficulty adjusting to the transition back to civilian life after serving. They may feel aimless, unprepared for working in the public sector, or lacking in purpose. They may carry with them disturbing memories of their time in active service. In fact, many vets who struggle have co-occurring PTSD.

The suicide rate among veterans exceeds that of the general population. The suicide rate for veterans is approximately 26 suicides per 100,000 v. the rate of 14 suicides per 100.000 in the general population. The rate is especially highest during the first three years following discharge, with 33 deaths per 100,000 in the first year after completing a deployment.

Depression treatment options for veterans follows the same conventional path as for others in the general population seeking help for this debilitating mental health disorder. In most instances, a combination of antidepressants and psychotherapy is the usual treatment route. Many doctors also recommend regular exercise to help augment the effects of the treatment, as exercise can boost mood naturally.

Medication
Antidepressant drug therapy has been a staple since the 1980s in treating individuals with depression. To date, there are about 30 different drugs on the market that fall under the umbrella term antidepressant. These fall into four categories, including SSRIs, SNRIs, tricyclic antidepressants, and MAOIs.

The reality about antidepressants, which has been demonstrated in various studies on the efficacy of the drugs in treating depression, is that they are only effective in 50%-70% of patients. This leaves up to half of the veterans seeking help for their depression as treatment-resistant, meaning their depression did not respond to the drug. Most doctors will trial multiple antidepressants and tweak dosages to try to find one that will be effective in reducing symptoms. These efforts may eventually help, reaching that 70% response rate.

However, another reason for the treatment-resistant diagnosis involves the side effects related to the antidepressants. These side effects may include nausea, dry mouth, blurred vision, sexual dysfunction, weight gain, and other distressing symptoms. When the side effects become too unpleasant, the patient may abandon the medication and discontinue treatment.

Psychotherapy
Individual and group therapy can be beneficial for veterans with depressive disorder. There are various types of psychotherapy, but for depression the most utilized is cognitive behavioral therapy (CBT), which helps the individual sort out the negative self-messaging or thought distortions and find new ways to respond to triggers. Also, psychodynamic therapy is useful as a long-term therapy that delves into childhood pain points or past traumas that are contributing to the depression.

Group therapy sessions that are led by a clinician are also helpful for veterans with depression. In a group setting with other vets who struggle with depression the participants are encouraged to support each other and share their own experiences and challenges. The therapist facilitates change by helping participants examine their thought/behavior patterns in order to improve mental wellness.

What Happens if Antidepressants Don’t Help?

Other brain stimulation techniques are available as well, although these options do require hospitalization, general anesthesia, and recovery time. These include electroconvulsive therapy and vagus nerve stimulation. With surgical procedures, which are required for both of these treatment options, come risks. The risk of a negative response to the anesthesia and risk of infection are serious considerations.

TMS offers a safe and effective treatment option for veterans whose depression symptoms were not alleviated through the conventional treatment measures. TMS therapy is provided in an office setting while the patient is fully awake. Because there is no sedation or surgery involved, the individual is free to drive themselves home or back to work following the treatment session.

TMS works through the use of magnetic pulses that are produced through technology like the MRI. The magnetic pulses penetrate the scalp and are directed to the neurons within the limbic system. By altering the activity of these targeted neurons, it is possible to recalibrate a chemical imbalance over the course of treatment. TMS therapy is usually prescribed for a 4-6 week period, involving 5 treatments per week. Effects of the treatment begin to emerge after two weeks of treatment sessions.

One might ask, “How much does the VA pay for depression treatment using TMS therapy? Tricare is a government healthcare program offered to members of the military, and it now pays for TMS therapy for the treatment of both MDD and PTSD. In addition to Tricare, all major health insurers now offer at least some coverage for TMS therapy when qualifying criteria is met. In fact, while many insurers will only cover TMS after the individual has trialed 4 or more antidepressants, some are beginning to rethink that based on cost. It is now thought of as more cost effective to cover TMS after just one failed attempt at antidepressants because the cost of multiple trials exceeds that of a found of TMS therapy.

Evidence of the Safety and Efficacy of TMS Therapy

Does TMS therapy actually work? A slew of clinical trials and studies confirm the efficacy of TMS for treating individuals with treatment-resistant MDD. Ongoing studies span the last 25 years, and are currently being conducted worldwide to study TMS for many other applications.

Some of the recent study results include:

A double-blind multisite study with 301 participants showed TMS therapy to be significantly superior to sham TMS, with remission rates 2 times higher among participants who received the TMS.

A multi-site study with 199 study participants found a significant effect , with remission rages 4.2 times higher than the sham TMS group.

Another meta-analysis reviewed 118 studies that spanned the years 1990-2016, arriving at a consensus that TMS is both safe and effective for treatment-resistant MDD.

In a majority of studies, TMS therapy is demonstrated to be both effective and safe. Adverse effects reported tend to be temporary and include mild to moderate headache, scalp sensitivity, facial tingling or numbness, and lightheadedness. There is a tiny risk of seizure associated with TMS therapy, although these events are very rare.

When wondering how much does the VA pay for depression treatment with TMS, there is good news. As of 2016, Tricare now covers TMS therapy as a treatment option for resistant MDD. As with most major health insurers and Medicare, Tricare has determined that this alternative treatment option has merit and can be more cost effective than allowing untreated depression to progress to more serious, and costly, mental health and medical conditions.

Tricare TMS coverage is available not only through the VA network, but through private providers of TMS therapy. TMS therapy has also been shown to help co-occurring anxiety and PTSD, which are prevalent among military veterans, so although the Tricare coverage pertains to the MDD diagnosis, the soldier may also find the symptoms associated with anxiety or trauma to also be reduced through TMS.

Anew Era TMS offers specialized TMS services in Southern California and Texas, providing much needed relief for our veterans. This exciting alternative and drug-free treatment option can offer new hope for members of the military who have treatment-resistant MDD. At Anew Era TMS, our skilled doctors and technicians are dedicated to improving quality of life for our honored veterans. Give our team a call to learn if you are a candidate for TMS or if you are wondering how much does the VA pay for depression treatment alternatives like TMS. Call (888) 503-1549 today. 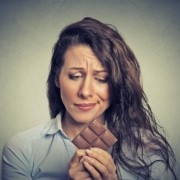 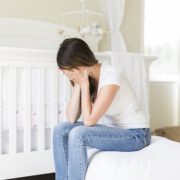 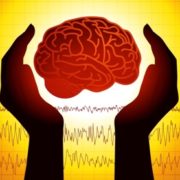 Where Can I Get TMS Treatment 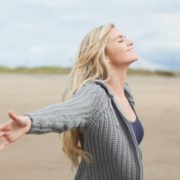 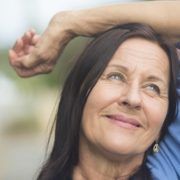 What to Do When Antidepressants Don’t Work
0 replies

Side Effects of Antidepressants and Alternative Treatment Options

Depression is at an All-time High in America