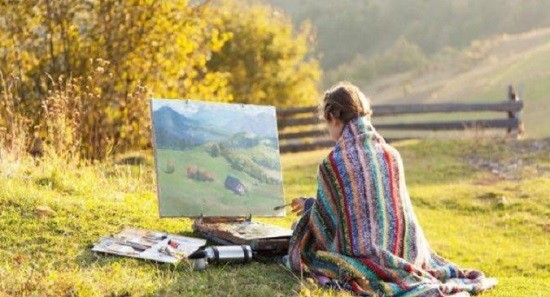 Someone who has struggled with depression for years is likely to be open to any treatment possibility that might offer some much sought after relief. In many cases, antidepressant drug therapy is either not effective at all, or may be only modestly effective in successfully alleviating depression symptoms. Leaving these treatment-resistant individuals to enduring ongoing misery, is in any wonder that alternative solutions are sought?

Recently, the anesthetic sedative, Ketamine, has been used off-label to treat individuals with treatment-resistant major depressive disorder. The FDA has not yet cleared the use of ketamine for treating depression, and long-term effects of ketamine for depression treatment are unknown. However, in the case of a suicidal patient, ketamine may be the most expedient treatment route, versus the 4-6 week window before an antidepressant becomes efficacious.

Another alternative treatment method for depression is FDA cleared, called transcranial magnetic stimulation (TMS). TMS therapy offers a safe and effective option for treatment-resistant depression, and has been used successfully in the U.S. for over a decade. TMS offers a clinically studied treatment, versus ketamine for depression treatment.

About Ketamine for Depression Treatment

Ketamine has been used clinically as an anesthesia, and a pre-treatment for helping sedatives work more effectively. Ketamine has a history of recreational abuse due to its dissociative properties, including hallucinations and out-of-body experiences. Ketamine has also been abused as a date rape drug. In the early 2000s ketamine was studied for alleviating treatment-resistant depression, where it was discovered that there was rapid onset antidepressant effects. Ketamine is tightly regulated, as it is considered to be similar to the psychedelic drug, PCP.

When ketamine is prescribed off-label to treat depression, it is administered intravenously. Each treatment costs an average of $350, and because the antidepressant effects are short-lived, ongoing treatments, lasting even years, are required to sustain the desired effects. There is still a lack of agreement in the medical community as to what constitutes optimal dosing, and the potential long-term effects are yet to be determined. Study results have been uneven, with some studies demonstrating a high response rate and others a low response rate.

There are inherent risks associated with ketamine for depression treatment. Some of these risks include:

While ketamine is fast-acting, it also has a very high post-treatment relapse rate, making ongoing treatment an expensive, and risky, option for treating depression.

About TMS Therapy for Depression Treatment

Transcranial magnetic stimulation (TMS) is a neural-modulation technique that involves harnessing powerful magnetic fields, then delivering them through a coil positioned over the patient’s left prefrontal cortex. The repetitive pulses induce electrical currents inside the brain tissue, reaching about 2 cm in depth. The currents target the limbic region of the brain, and help to jump start, or stimulate, the underactive neurons common in depression patients.

As the succession of treatments continued, which are prescribed for 4-6 weeks, the brain chemistry will become rebalanced, and the patient will start to feel better. TMS does not require any sedation or drugs of any kind, and the patient is completely alert during the 40-minute therapy session. Because there is no recovery period needed, the patient is free to drive immediately following the TMS treatments.

TMS Clinically Proven to be Safe and Effective

TMS has been found to be well tolerated by patients, with few side effects reported. The side effects are transient in nature and resolve spontaneously as treatment progresses. Of those that are reported, they include:

TMS therapy has been studied extensively, worldwide, for two decades. TMS therapy was cleared for treatment-resistant major depressive disorder in 2008, and is being continually studied for applications outside of depression. A large body of clinical study is recorded demonstrating the safety and efficacy of TMS for treating depression.

TMS Vs. Ketamine for Depression Treatment

When considering alternative depression treatments to antidepressant drug therapy, one must weigh the potential risks and benefits of any treatment option. With over a decade of practical clinical use of TMS therapy for successfully helping treatment-resistant patients, and few side effects, evidence points to TMS therapy as the most promising alternative depression treatment. Ketamine used for treating depression is still an unknown quantity. There is insufficient data that points to ketamine as a viable treatment option, and when considering the many potential adverse effects, as well as the high cost of treatment, ketamine use may possibly be accessed only for the most desperate, suicidal patients.

Anew Era TMS is an Industry Leader in TMS Therapy

Anew Era TMS is an Orange County-based TMS provider that has helped hundreds of treatment resistant patients overcome their depressive disorder. TMS offers a drug-free, safe alternative to antidepressants or ketamine. Our expert clinical staff features physicians who are dedicated to assisting patients toward reclaiming their quality of life. By specializing in TMS therapy and focusing on treating treatment-resistant patients, the team at Anew Era TMS is highly qualified to provide this exciting technology that offers renewed hope. To learn if you are a candidate for TMS therapy, please contact Anew Era TMS today at (888) 503-1549.