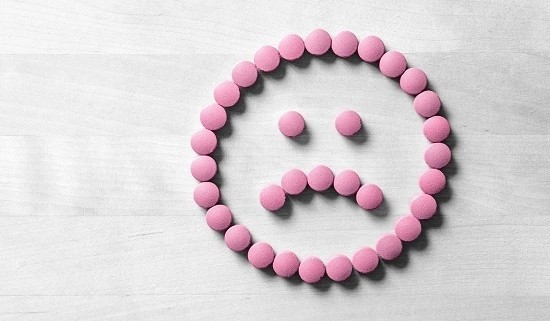 There is a silent group suffering in the shadows of the American machine that struggle with a powerful nemesis known as major depression. The increase has been steady and on the rise for the last twenty years in this country. The demographics have skewed lower and lower impacting the youth of this nation. Due to a lack of community and social cohesion, many find themselves isolated in a world of tiny screens rather than relating and commiserating with others. The hustle and bustle of our busy lives leaves little time for the mental well-being we all need in order to thrive. Many cases of depression are frequently undiagnosed and go untreated, but for those that have been diagnosed, many have joined a growing group of those medicating with antidepressants. These antidepressants can help relieve symptoms of many mental issues ranging from social disorder, anxiety disorder, depression, seasonal affective disorder, and dysthymia, by aiming to correct chemical imbalances of the neurotransmitters that fire in the brain and are believed to be responsible for changes in mood and behavior.

Antidepressant use has Skyrocketed with Depression and other Mental Disorders

The number of Americans who are taking antidepressants has reached new heights over the last 20 years because of the uptick in depression, anxiety, and other mental disorders. Long-term antidepressant use has become common with one-fourth of persons [surveyed] in CDC studies reporting over 10 years of use. In the same study, they saw an increase in use in both males and females. The most impacted were non-Hispanic whites with over 20 percent. Females in every racial category were significantly more likely than males of the same race to have taken antidepressant medication. The most commonly prescribed antidepressants are serotonin and norepinephrine reuptake inhibitors (SNRI) and selective serotonin reuptake inhibitors (SSRI).  SNRI raise the levels of serotonin and norepinephrine, two neurotransmitters that are believed to stabilize mood. SSRIs do the opposite, by blocking the reuptake or absorption of serotonin in the brain. This is thought to make it easier for the brain cells to send and receive messages, creating a more stable mood. These medications may offer help, but also have a litany of possible issues.

These medication come with possible side-effects:

To minimize the risks of antidepressant withdrawal symptoms, your doctor may prescribe another medication or taper you more slowly. Often time, withdrawal symptoms are hard to distinguish between the returning symptoms of depression. If your depression returns, there might be an alternative approach for treatment.

Is there an Alternative to Antidepressants?

When a patient is diagnosed with depression, but no longer wants to suffer the side-effects of taking antidepressants, they may seek another treatment method. An exciting, alternative treatment is known as transcranial magnetic stimulation or TMS, which utilizes magnetic energy to modulate the brain’s electrical environment. The fields are produced by passing rapidly alternating electrical currents through a coil with a ferromagnetic core. The magnetic strength of the field varies from 1.5 to 3 (T) teslas. These pulses affect the brain at a molecular and electrophysiological level in a noninvasive way to stimulate nerve cells in the brain to improve symptoms of depression. It is a safe alternative for those wishing not to use antidepressants or for whom antidepressants have not been effective.

Other more drastic and medically invasive techniques such as electroconvulsive therapy and vagus nerve stimulation exist, but they come with more risks that involve hospitalization, general anesthesia, surgical procedures, and recovery time. These risks are more serious and demand closer consideration. In comparison, TMS should be considered because of its safe and noninvasive status. It has been found to be 30 percent more effective than antidepressants in some cases.

As an outpatient procedure, TMS offers a stress free and relaxed experience, which gives someone suffering from depression added reassurance that this alternative treatment is about making them feel as comfortable as possible. The patient is up and alert during the entire procedure without having to worry about sedation. That way, they are able to drive themselves to and from their appointments without other’s involvement.

TMS is very similar to the technology of an MRI, but with a much smaller blue print and more focused on the stimulation of the brain. During a prtms therapyescribed course of 4-6 weeks, the TMS therapy can slowly unwind the dysfunction. These magnetic frequencies penetrate the scalp and are directed at the neurons within the limbic system. The amygdala, hippocampus, thalamus, hypothalamus, basal ganglia, and cingulate gyrus make up the interconnected nuclei and cortical structures located in the telencephalon and diencephalon of the limbic, which regulate the autonomic and endocrine function, which control responses to emotional stimuli. By altering the neurons in these regions, the pulses can correct the chemical imbalances that cause depression during multiple courses of treatment. Usually, positive effects emerge for a patient in as little as two weeks of treatment.

Anew Era TMS offers specialized TMS services in Southern California and Texas, providing much needed relief for depression sufferers. This drug-free option is an exciting alternative to traditional means of depression treatment. At Anew Era TMS, our skilled doctors and technicians are dedicated to improving quality of life for those in the grip of depression. Please give our team a call to learn if you or a loved one suffering from depression is a candidate for TMS. Call (888) 503-1549 today to speak with one of our specialists.

How Much Does the VA Pay for Depression Treatment?

How Common is Feeling Depressed After Rehab?