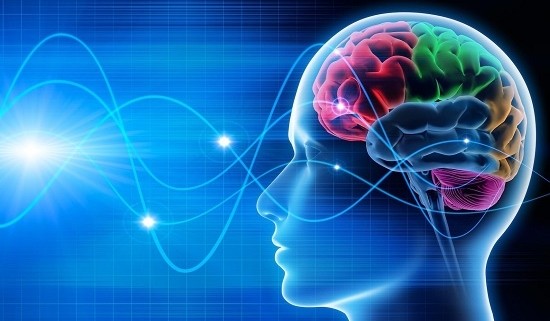 Depression Pills Do Not Work for Everyone

Wouldn’t it be awesome if we could just pop a pill every morning and go on to enjoy a day of joy and happiness instead of the dark days that depression saddles us with?  For a spell in the early 90s, the entry of antidepressant medications evoked wall-to-wall enthusiasm in the mental health arena with just that expectation.  These drugs were heralded as the end to depression as we knew it.  Unfortunately, these depression pills fell far short of expectations.

Decades later, and with about 20 different depression-fighting medications available on the market, science is still confounded by the mysteries and complexities of depression.  While some patients do indeed enjoy relief of depression symptoms via the antidepressants, about 50% of patients are not so lucky.  These “medication-resistant” patients continue to struggle day after gloomy day with their ongoing battle.

Adding even more desperation to the failed attempts to achieve mental wellness, many of the depression pills, in addition to doing little to relieve the depression symptoms, saddle patients with highly undesirable side effects.  Among the most common adverse effects are:

There are some interesting statistics about antidepressant use in the U.S.  According to the National Center for Health Statistics, during the years 2011-2014 12.7% of Americans over age 12 were on antidepressants.  In addition, twice as many women were prescribed these medications, and 25% of the individuals who were using antidepressants were on them for ten years or more.

Here is a roundup of the most commonly prescribed depression pills on the market:

Selective serotonin reuptake inhibitors (SSRIs).  This class of antidepressants works by assisting the function of nerve cells in the brain through the neurotransmitter, serotonin.  It is thought that by blocking the reabsorption of serotonin in the brain, more of this important chemical is available for brain function, therefore alleviating symptoms of depression.  The most popular SSRIs include:

Serotonin and Norepinephrine reuptake inhibitors (SNRIs).  This class of antidepressants involves increasing the levels of serotonin and norepinephrine by blocking the reabsorption of these chemicals, alleviating symptoms of depression.  The most prescribed SNRIs are:

Tricyclic antidepressants (TCAs).  This class of antidepressants involves increasing levels of serotonin and norephinephrine as SNRIs do, however TCAs also block the action of another neurotransmitter called acetylcholine.  The most prescribed TCAs include:

Transcranial magnetic stimulation (TMS) offers an alternative therapy to antidepressants.  TMS has been in use since 2008 for treating medication-resistant individuals with major depressive disorder (MDD), and continues to deliver relief to thousands.  TMS therapy has also shown to relieve anxiety symptoms in those who have this co-occurring mental health disorder.

TMS acts as a neuromodulator, or a brain stimulation therapy.  It is commonly found that patients who suffer from chronic depression often have brain chemistry that is out of balance.  Specifically, within the limbic region of the brain, or the mood center as it is referred to, the brain cells of depressed patients are underactive.  Applying TMS therapy to the brain helps to jumpstart these sluggish neurons, and eventually resets the brain chemistry.

TMS therapy harnesses the power of magnets using technology similar to that used in the MRI.  TMS is noninvasive, so there is no need to sedate the patient.  During the treatment session, the patient is awake and seated in a comfortable chair for the 40-minute sessions, with a coil placed over his or her scalp.  The patient will experience the sound and sensation of light tapping while the repetitive pulses are delivered through the coil.

TMS works as a neuromodulator by penetrating the scalp and inducing electrical currents that reach about 2 cm into the targeted brain tissue.  These currents act as stimulators, helping to activate the sleepy brain cells in the depressed patient, and eventually restoring chemical balance.  In most cases, the patient is prescribed 4-6 weeks of daily (5 per week) TMS sessions for the best treatment results.

TMS is well tolerated by patients.  After the session is completed, the patient is free to drive themselves back home or to work and can resume normal activities immediately.  There is no recovery time or down time necessary.  TMS has been clinically proven to be both effective in reducing the symptoms of depression, as well as safe, with few reported side effects.  Any effects reported involved mild to moderate headaches or scalp sensitivity where the pulses were delivered.  These effects dissipate over the course of the TMS therapy sessions without need for intervention.

In both completed and ongoing clinical studies and trials, TMS has demonstrated its efficacy in treating depression symptoms in medication-resistant patients with MDD, with statistically significant response and remission rates consistently reported.  In addition, these trials continue to show that TMS therapy is a safe alternative for the treatment of chronic depression.

Anew Era TMS provides expert TMS services in Southern California.  As TMS specialists, the doctors and technicians at Anew Era TMS will help patients who have had negative results from depression pills and who seek an alternative route.  With a full-service practice specializing in treating depression and anxiety, Anew Era TMS offers psychiatrists, therapists, and TMS technicians to improve patients’ quality of life.  For more information about TMS, and to inquire as to whether you are a candidate for this exciting alternative treatment for depression, please contact Anew Era TMS today at (888) 503-1549.

How Long Do The Effects of TMS Treatment Last