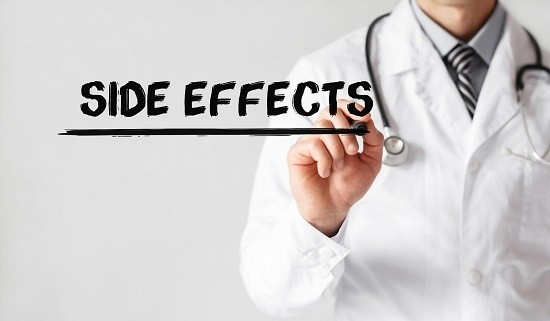 What can be more frustrating than suffering day in and day out with persistent depression, only to find no intervention that seems to work? With one antidepressant trial after another, not only did they not relieve the awful symptoms of depression, but instead were rife with highly unpleasant side effects. It is no wonder that these patients, who are diagnosed with medication-resistant major depressive disorder when antidepressants are unsuccessful in relieving symptoms, feel frustrated and hopeless.

Thankfully, there is an alternative to antidepressant drug therapy that is demonstrating excellent treatment results for medication-resistant patients: TMS therapy. TMS has been helping those people struggling with major depression who either found no relief with antidepressant drug therapy, or who experienced such adverse effects that it made continuing with the drugs impossible. One look at the antidepressant side effects comparison with TMS and it is plain to see why TMS is a safe and effective option.

In 2008 the FDA cleared transcranial magnetic stimulation (TMS) for the treatment of medication-resistant major depressive disorder (MDD). Introducing TMS therapy as a safe and effective treatment option for MDD provided medication-resistant patients with a new, promising alternative. TMS is a neuro-modulation therapy that uses magnetic fields to reset brain chemistry, a much safer alternative than the invasive and potentially risky procedure called electroconvulsive therapy (ECT). Where the older technology involved with ECT requires general anesthesia, a hospital stay, and a recovery period, TMS therapy is completely noninvasive and requires no sedation or down time.

TMS therapy works by directing the magnetic pulses produced by technology similar to an MRI through a coil that is positioned over the patient’s scalp. During the 40-minute therapy session, the patient is fully alert and seated comfortably in a doctor’s office setting. The patient feels a light tapping sensation on the scalp during the session, and may pass the time reading or listening to music.

When the magnetic pulses penetrate the scalp they induce electrical currents. These currents are targeting the left prefrontal cortex where the mood regulation network is located. Often, in depressed patients, the brain cells in this area of the brain are inactive or underactive, so the currents stimulate these sluggish brain cells to return them, over the course of the treatment sessions, to normal functioning.

In most cases, patients with MDD will need 4-6 weeks of treatment, five days per week for optimal results. The most common effects of the TMS therapy are improved sleep quality, more energy, better concentration, and overall improved mood. Clinical sham-controlled double blind studies, that are ongoing, reveal that TMS therapy is highly effective, with a 58% response rate among study participants with medication resistant depression, and a remission rate of 33%, using the Hamilton Depression Rating Scale to record status before and after the TMS therapy.

When someone is diagnosed with MDD the traditional course of treatment is antidepressant drug therapy with or without psychotherapy. The doctor will attempt to guess which of about 25 different antidepressants might work best for a particular patient. The patient will then trial the drug for about four weeks in hopes of experiencing improvement in their symptoms. If, after four to six weeks the medication is not effective, the doctor will select another drug, or adjust the dosage of the original drug.

Unfortunately, this pattern of trialing one drug after another can be frustrating for both patient and doctor. The frustration is exacerbated when the medications end up causing unpleasant side effects. When it comes to comparing the side effects of antidepressant drug therapy with TMS therapy it quickly becomes apparent that there is a significant difference between the two methods of treatment.

The most commonly experienced side effects of antidepressants include:

The most commonly experienced side effects of TMS therapy include:

These TMS side effects are transient in nature, resolving on their own over the course of the treatment sessions. TMS therapy has no systemic side effects, such as weight gain, sexual dysfunction, or nausea, for example.

Anew Era TMS is a premier provider of the cutting edge TMS therapy for treating medication-resistant major depressive disorder. Patients deserve a viable alternative to the often intolerable side effects associated with antidepressants. When reviewing the antidepressant side effects comparison to TMS, it is no contest as to which is the more bearable treatment option. Depression treatment does not have to be miserable. Contact Anew Era TMS today to discuss this promising treatment option today at (888) 503-1549.