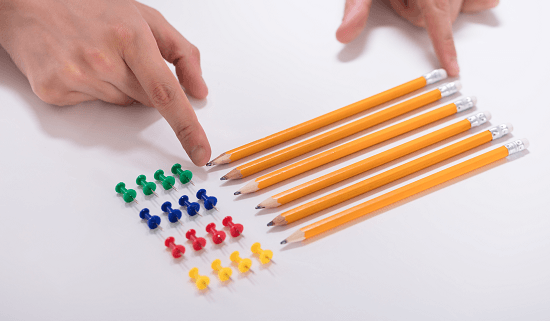 OCD involves two disordered psychological functions—disruptive obsessive thoughts and the resulting compulsive actions. Obsessive thoughts, which are rooted in doubt, fear, or guilt, hold the individual captive in a pattern of repetitive compulsive behaviors. The behaviors act as a means of stress management, like a pressure release valve, for the anxiety that is induced by the obsessions.

The constant cycle of obsessions followed by compulsive ritualistic behaviors can lead to significant repercussions in a person’s career, relationships, and quality of life. Isolating behaviors are common with severe OCD, as individuals begin to withdraw socially to avoid any triggers or humiliations that might occur in public.

Although traditional treatment might be beneficial for many who suffer from OCD, for those who do not respond to the drug therapy there is an alternative drug-free treatment called transcranial magnetic stimulation, or TMS therapy. When researching what is the best treatment for severe OCD, consider TMS. It is a neuromodulation technique that can alter brain neurons and lead to a clinically significant reduction of OCD symptoms.

OCD is an anxiety-related disorder that features alternating obsessive thoughts and compulsive behaviors repeated throughout the day. OCD can become so disruptive that it can impair one’s ability to function at school, work, or to maintain healthy personal relationships. OCD affects approximately 1.2% of the US adult population, according to statistics provided by the National Institute of Mental Health, with women more than three times as likely to suffer from the disorder. Symptoms of OCD include:

It is still unknown as to what causes OCD, although there is evidence that it may have a genetic component. Someone with a parent, sibling, or child with OCD had a higher chance of acquiring the disorder themselves. Other risk factors for OCD include trauma and a history of childhood physical or sexual abuse. Brain imaging studies have shown that there are structural differences in the brain pathways in people with OCD. Although there is currently no cure for OCD, when wondering what is the best treatment for severe OCD there are options.

What is the Best Treatment for Severe OCD?

Initially, an individual seeking help for severe OCD will usually be treated with a twofold combination of medication and psychotherapy. The antidepressants help rebalance serotonin output and levels, which quells the obsessive thoughts, and the psychotherapy can teach certain skills and techniques for overcoming the compulsive behaviors.

Medication will be determined by the severity of symptoms and whether there is a secondary mental health disorder, such as depression or a co-occurring anxiety disorder. Medications that have been shown to help improve the symptoms of OCD include Prozac, Fluvoxamine, Anafranil, Zoloft, and Paxil. Other medications may be prescribed as needed, based on the specific features that accompany the OCD.

Therapy will focus on behavior changing therapies, such as cognitive behavioral therapy (CBT), habit reversal training, and exposure and response prevention (EX/RP). Cognitive behavioral therapy (CBT) is an evidence-based therapy that has been shown to be effective in treating the individual with OCD.  In addition to the CBT as the foundational therapy, treatment for OCD may also include:

In most cases, a program for OCD will be integrative, meaning several treatment elements can be accessed to help treat all aspects of the person. For this reason, holistic therapies are often folded into an effective OCD treatment program in addition to the conventional treatment methods. These might include yoga, meditation, and acupuncture.

While the standard OCD treatment protocol might be effective in reducing symptoms and distress in many patients, a significant percentage of patients will not find relief. In approximately 50% of patients seeking relief from OCD through antidepressants, there will not be a successful therapeutic result. Either the drugs that were trialed were ineffective in treating the OCD symptoms, or the side effects were intolerable. The side effects caused by the drugs can be so unpleasant that the patient may suspend medication altogether. These side effects include weight gain, nausea, fatigue, insomnia, sexual dysfunction, and blurred vision.

For patients who were considered treatment-resistant, a promising alternative treatment called TMS has been shown to be both effective and safe in treating OCD. A recent article published in Neuropsychiatric Disease and Treatment cites the benefits of using TMS as an adjunctive treatment for individuals with treatment-resistant OCD. It concludes that TMS is shaping up to be a promising “third way” of addressing OCD symptoms in addition to psychotherapy and medication.

TMS is a noninvasive brain stimulation therapy that has been cleared for use in the U.S. for treatment-resistant major depressive disorder (MDD) since 2008. Over the ensuing years, a history of safety and efficacy in treating MDD has demonstrated the value of considering TMS for treatment-resistant mental health disorder. TMS has been studied domestically and globally, with ongoing clinical trials continuing. In Europe, TMS has been cleared for treating a wide variety of medical conditions and mental health disorders, including PTSD, anxiety, Parkinson’s disease, Alzheimer’s disease, stroke, substance addiction, smoking cessation, and management of chronic pain.

How Does TMS OCD Treatment Work?

Where antidepressants are designed to adjust serotonin levels in the brain, TMS targets the neural pathways, the circuits within the brain structure that help connect emotions and thoughts to subsequent movements. TMS uses powerful magnetic fields that are harnessed and delivered through a coil placed on the patient’s scalp. As the pulses penetrate the skull they cause electrical currents in the targeted brain tissue. The level of intensity, location for targeting treatment, and length of treatment period are individualized for each individual’s OCD features.

Over a series of treatment sessions, TMS can make systemic changes in electrical activity and, subsequently, change how information flows through the neural networks and impacts behaviors. By changing the circuits, TMS can potentially change the malfunctioning thought-behavior patterns associated with OCD.

TMS therapy is provided on an outpatient basis in a doctor’s office setting. The treatment requires no anesthesia or surgery, making it a highly tolerable and low risk procedure for treating OCD. As the patient reclines comfortably for the 40-minute treatment sessions, they may pass the time reading, listening to music, or watching television.

When using TMS to treat OCD the TMS technician will target a specific brain region. There are two primary options, which include the pre-supplementary motor area (pre-SMA) and the orbitofrontal cortex (OFC). To date, the best treatment outcomes using TMS for treating OCD have occurred when targeting the pre-SMA region. Three studies that trialed TMS in the OFC region, however, all demonstrated positive results as well. Patients who used TMS therapy that targeted the pre-SMA region found that co-occurring symptoms of depression and anxiety were also reduced along with the OCD symptoms.

Anew Era TMS specializes in providing help for the person struggling with the devastating effects of the disorder, through the use of TMS therapy. The expert mental health professionals at Anew Era TMS offer TMS therapy as an alternative therapy or an adjunctive therapy for treating severe OCD. If you are wondering what is the best treatment for severe OCD, consider trying TMS therapy. Contact Anew Era TMS at (888) 503-1549 to ask if you are a good candidate for this exciting treatment.

What to Do When Depression Doesn’t Go Away

TMS Treatment for OCD and Anxiety