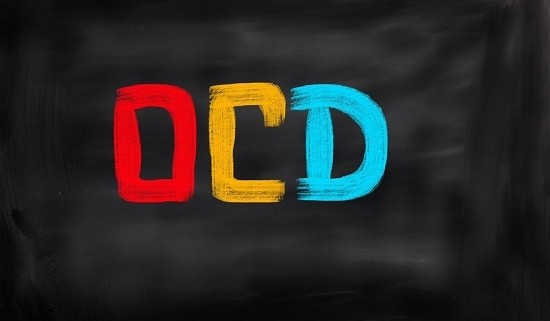 Fans of the old 1970s sitcom, The Odd Couple, may remember Felix Unger, the character whose obsession for neatness and order typified obsessive-compulsive disorder (OCD), if only as a very minor depiction of the common mental health condition. Felix would scurry around the apartment he shared with his very messy roommate, Oscar, fussing over every little thing that was askew. It was clear that Felix had no tolerance for a lack of control over his environment, so he relieved the stress that flared up whenever Oscar dropped a crumb by methodically, compulsively cleaning up after him.

In real life, OCD is an anxiety disorder features obsessive thoughts and compulsive behaviors that are repeated over and over. OCD can become so disruptive that it can impair one’s ability to function at school, work, or to maintain healthy personal relationships. Some of the more common symptoms of OCD include:

It is still unknown as to what causes OCD, although there may be a genetic component. Someone with a parent, sibling, or child with OCD had a higher chance of acquiring the disorder themselves. Other risk factors for OCD include trauma and a history of childhood sexual or physical abuse. Brain imaging studies have shown that there are structural differences in the neural pathways in people with OCD. Although there is currently no cure for OCD, there are some treatment options that can help control and manage the disorder.

While this standard OCD treatment protocol might be effective in reducing symptoms and distress in many patients, a significant percentage of patients will not find relief. In fact, the side effects caused by the drugs can be so unpleasant that the patient may discontinue the drug therapy altogether. These side effects include weight gain, nausea, fatigue, insomnia, sexual dysfunction, and blurry vision.

For patients who were not successful with the traditional treatment methods of antidepressants and psychotherapy, a promising alternative treatment called transcranial magnetic stimulation (TMS) has been shown to be both effective and safe in treating OCD. In a recent press release from the U.S. Food and Drug Administration, the path was cleared to use TMS for treating OCD. According to the FDA’s Director of the Division of Neurological Devices and Radiological Health, Carlos Pena, Ph.D., M.S., “With today’s marketing authorization, patients with OCD who have not responded to traditional treatments now have another option.” This FDA clearance comes in response to a recent study that showed TMS have a threefold success rate in treating OCD as compared to a sham device.

TMS is a brain stimulation therapy that has been used in the U.S. for treating drug-resistant major depressive disorder since 2008, establishing a decade-long history of safety and efficacy. TMS has been extensively studied and clinical trials are ongoing at present. In Europe, TMS has been cleared for treating a wide variety of illnesses, including Parkinson’s disease, Alzheimer’s disease, stroke, substance addiction, anxiety, PTSD, nicotine addiction, and chronic pain.

How Does TMS OCD Treatment Work?

Where antidepressants are directed toward making changes in brain chemistry, TMS target the neural networks, the circuits within the brain structure that help connect emotions and thoughts to movements. Brain stimulation techniques like TMS use magnetic fields that are delivered through a coil placed on the patient’s scalp. As the pulses penetrate the skull they cause electrical currents in the targeted brain tissue. Over a series of treatment sessions, TMS can change the electrical activity and, subsequently, change how information flows through the neural networks. By changing the circuits, TMS can alter the malfunctioning thought/behavior patterns associated with OCD.

TMS OCD treatment is provided on an outpatient basis, and is non-invasive, so there is no surgery, no anesthesia, and no recovery period required. The patient simply sits comfortably for the 40-minute treatment sessions and passes the time watching television or listening to music. The patient will feel a repetitive tapping sensation on the scalp, which can cause mild to moderate headaches and mild scalp irritation, although these effects resolve spontaneously following the treatment.

The TMS technician will target a specific brain region for treating OCD. There are two primary options, including the pre-supplementary motor area (pre-SMA) and the orbitofrontal cortex (OFC). So far, the best outcomes for TMS OCD treatment have occurred when the pre-SMA region is targeted, however three studies trialing TMS in the OFC region all demonstrated positive results. Patients who used TMS in the pre-SMA region found that co-occurring symptoms of depression and anxiety were also reduced, along with the OCD symptoms.

Anew Era TMS is an expert TMS OCD treatment provider serving Orange County, California. The highly trained TMS team at Anew Era TMS is dedicated to improving patient’s quality of life using this promising alternative treatment technique. If you have OCD and want to learn more about the therapy or if you are a candidate for treatment, please contact Anew Era TMS today at (888) 503-1549.

Helping Someone With Depression